No:262/20,&nbsp;Information of the Press Service Department of the Ministry of Foreign Affairs of the Republic of Azerbaijan on the meeting of the Foreign Minister Jeyhun Bayramov with David Zalkaliani, Foreign Minister of Georgia

After the tête-a-tête meeting, the sides had a meeting in an expanded format with the participation of delegations from both sides.

Georgian Foreign Minister David Zalkaliani noted that the statement of the President of Azerbaijan Mr. Ilham Aliyev on Georgia during his interview with local TV channels on September 19 of the current year are highly appreciated.

The sides discussed the cooperation in various areas of the bilateral agenda, including political, economic, trade, energy, transport, tourism, humanitarian, cultural, and other spheres.

At the meeting, the parties discussed the prospects for the full commissioning and expansion of the Southern Gas Corridor, Baku-Tbilisi-Ceyhan, Baku-Supsa oil pipelines, Baku-Tbilisi-Erzurum gas pipeline, as well as the Baku-Tbilisi-Kars railway and noted of its contribution to the socio-economic development of the two countries, and also across the wider region. The Ministers noted the great potential for further development of economic and trade relations and the importance of using the full capacity of it.

At the meeting, the parties mentioned that our countries face similar security threats and there is a similar approach to combating them. The importance of respect to the norms and principles of international law, in particular the principles of sovereignty, territorial integrity, and inviolability of internationally recognized borders was stressed.

It was noted that along with bilateral cooperation, our countries successfully cooperate and mutually support each other in multilateral formats.

Minister Jeyhun Bayramov noted that the protracted conflicts pose a serious threat to the security in the region and informed his counterpart about the recent military provocations committed by the armed forces of Armenia on the Azerbaijan-Armenia border. The importance of resolving the conflict on the basis of the territorial integrity of Azerbaijan within its internationally recognized borders was stressed.

The Ministers said that during the pandemic coordination and cooperation between the two countries continued at a high level and unimpeded flow of traffic was ensured.

The sides also exchanged views on other issues of mutual interest. 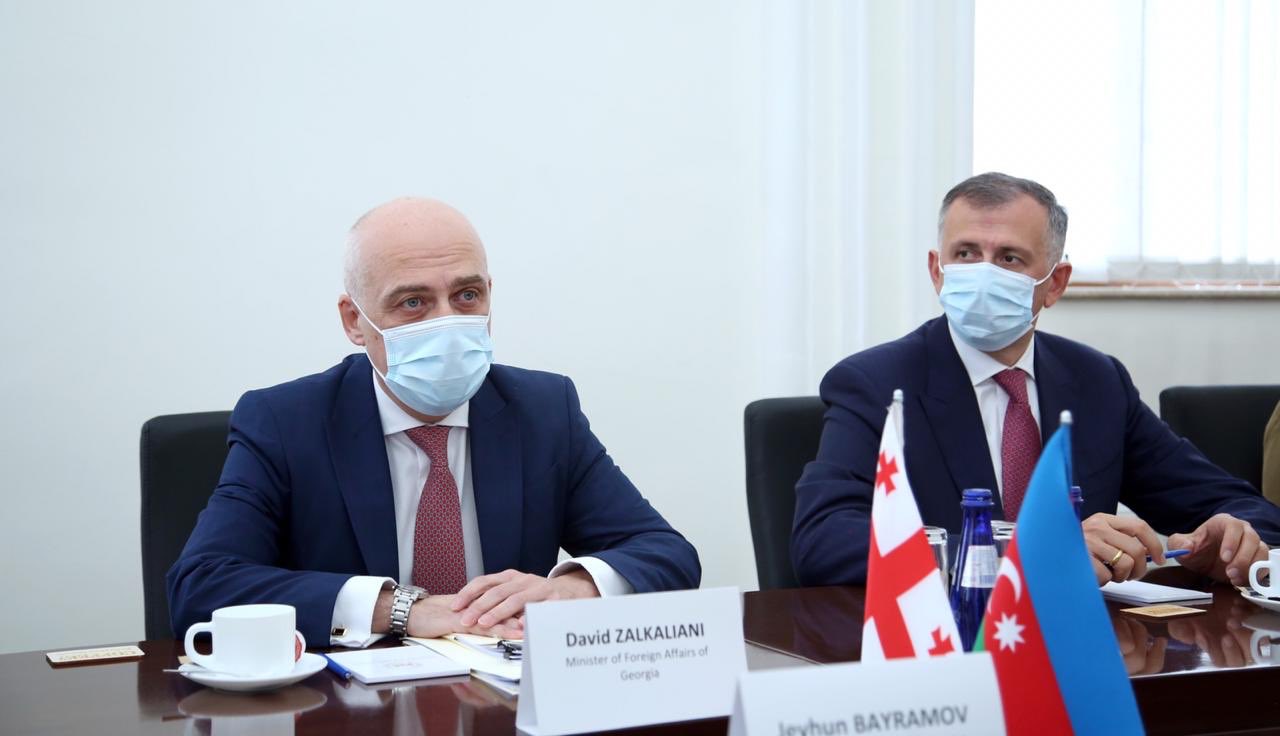