No:199/20, Information of the Press Service Department of the Ministry of Foreign Affairs of the Republic of Azerbaijan on the meeting between the Foreign Minister Jeyhun Bayramov and the Ambassador of the Islamic Republic of Iran

On July 27, 2020, Minister Jeyhun Bayramov received Ambassador of the Islamic Republic of Iran to the Republic of Azerbaijan Javad Jahangirzadeh upon termination of his diplomatic mission.

Expressing satisfaction with the meeting the Iranian Ambassador in the last days of his diplomatic mission, Minister Jeyhun Bayramov spoke about the development of friendly, fraternal and cooperative relations between the two countries based on deep historical roots in the form of mutual respect and support. Speaking about the contribution of National Leader Heydar Aliyev to the development of these relations, the Minister underlined the attention being attached to the development of cooperation at the level of leaders of both countries.

Minister Jeyhun Bayramov noted the development of relations and mutual support between the two countries in the regional and multilateral frameworks. He appreciated Iran's position on the settlement of the Armenia-Azerbaijan Nagorno-Karabakh conflict, based on international law and unequivocal support of the territorial integrity of Azerbaijan. The Minister also thanked the Ambassador for expressing the just position of the Iranian state in connection with the military provocation committed by the Armenian armed forces in the direction of the Tovuz region of the Azerbaijan-Armenian border on July 12, 2020.

Ambassador Javad Jahangirzadeh congratulated Minister Jeyhun Bayramov for the confidence shown to him by the President of the Republic of Azerbaijan and conveyed the warm greetings of Iranian Foreign Minister Javad Zarif to Jeyhun Bayramov.

Ambassador Javad Jahangirzadeh expressed his gratitude for the support provided to him during his diplomatic term.

Javad Jahangirzadeh noted that all opportunities have been mobilized for the development of bilateral relations during his tenure as ambassador, and expressed confidence that his predecessor will spare no effort for further developing these relations.

Ambassador Javad Jahangirzadeh noted that Azerbaijan's support for Iran in its difficult times in connection with the pandemic will not be forgotten.

Stressing that Iran has always supported the territorial integrity of Azerbaijan, and the statements made by Iran at the level of the Head of the Presidential Administration of Iran Mahmoud Vaezi, the spokesperson of the Minister of Foreign Affairs, members of the Iranian parliament on the recent incident on the international border between two countries, it has been noted that concerns of Azerbaijan are concerns of Iran.

The sides also exchanged their views on the other issues of mutual interest. 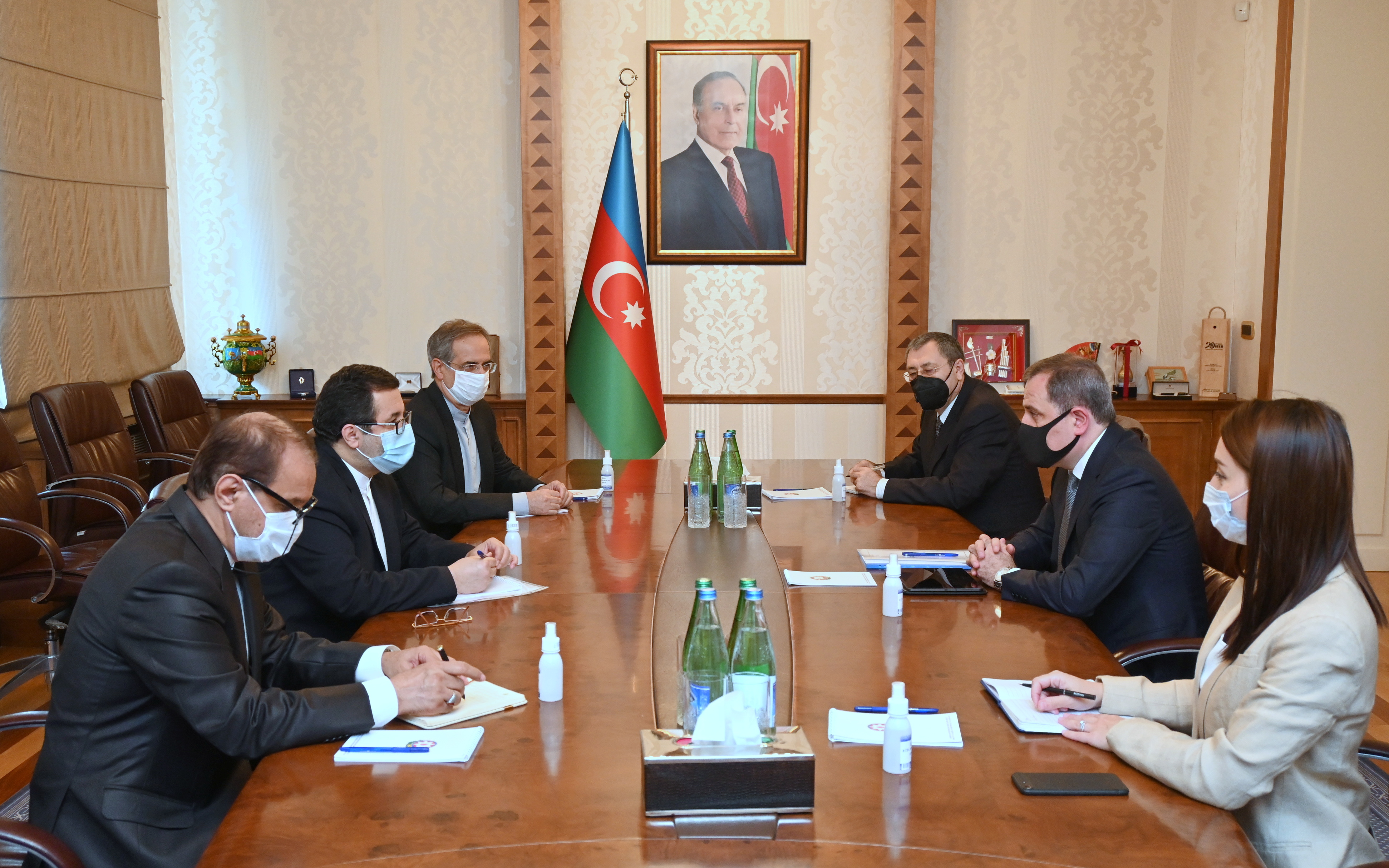