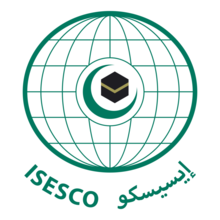 A brief history of the organization:

The initiative to establish the Islamic Educational, Scientific and Cultural Organization (ISESCO) was proposed at the 9th Conference of the Foreign Ministers of the Organization of Islamic Cooperation (OIC), held in Dakar (Senegal) on 24-28 April 1978.

The decision to establish ISESCO, which is the Islamic Union's educational, scientific and cultural community, as well as its Headquarters in Rabat (Kingdom of Morocco) was adopted during the 3rd Summit of the OIC Member States (25-28 January 1981) in Mecca.

The constituent Conference of ISESCO was held on May 3, 1982 in the city of Fes in the Kingdom of Morocco under the auspices of the King Hassan II. At the Conference, which was attended by 28 states, Moroccan socio-political figure Abdul Hadi Butalib (1923-2009) was elected the first Director-General of the ISESCO. He led the ISESCO in the period of 1982-1991.

Member states: At present, ISESCO has 52 member states. Five out of 57 OIC member states (Turkey, Albania, Turkmenistan, Uzbekistan and Mozambique) are not members of ISESCO.

The main goals of the organization:

to develop areas such as education, science, culture, communications, applied sciences and high technologies within the framework of Islamic values ​​among the countries of the Organization of Islamic Cooperation; to strengthen mutual understanding among Muslims and to contribute to world peace and security through the above-mentioned areas.

3 main bodies of the Organization:

Former Director General of ISESCO Dr. Abdulaziz Othman Altwaijri repeatedly expressed his satisfaction with the level of cooperation with Azerbaijan and his interest in expanding of this cooperation, and he has been actively involved in several international events since 2006. Meanwhile, the following events took place in Baku - an International Conference on Youth for Alliance of Civilizations (1-2 November 2007), Forum on The Role of Women in Intercultural Dialogue with the support of UNESCO and ISESCO (10-11 June 2008),  the VI Conference of the Ministers of Science and Education of Islamic Countries (October 6-7, 2008), the opening ceremony of the Cultural Year of Baku - the Capital of Islamic Culture - 2009 (February 18, 2009) The VI Conference of Ministers of Culture of Islamic Countries (October 13-15, 2009), Baku Summit of World Religious Leaders (26-27 April 2010) and World Forums on Intercultural Dialogue (7-9 April 2011, from 1st World Forum on Intercultural Dialogue up to V World Forum on Intercultural Dialogue held in Baku on May 2-3, 2019) should be specially noted.

The works of the well-known oriental studies scholar A.Imanguliyeva "The luminaries of Modern Arabic Literature" and the book "Azerbaijani Writing with Arabic Letters" have been published in Arabic by the ISESCO leadership.

It is remarkable that, the ISESCO monthly magazine always gives a great deal of space to the relationship with Azerbaijan, and also the comprehensive support provided by ISESCO leadership in holding the Days of Azerbaijani Culture in Morocco in 2008. In the resolutions adopted within the ISESCO were reflected the articles on the Armenia-Azerbaijan Nagorno-Karabakh conflict.

Azerbaijan is closely cooperating with various organizations of the Organization of Islamic Cooperation - ISESCO, Islamic Development Bank, Islamic Conference of Parliamentary Union, Islamic Conference of Youth Forum, etc. In this regard, the activity of Mehriban Aliyeva, the First Lady of Azerbaijan, President of the Heydar Aliyev Foundation, is particularly commendable. As a result of this activity, Mehriban Aliyeva, President of the Heydar Aliyev Foundation was awarded with a diploma of ISESCO Goodwill Ambassador, by ISESCO Director-General Dr. Abdulaziz Othman Altwaijri, on November 23, 2006 for her great support for large-scale and selfless activities in various fields, including dialogue among civilizations and attention to the children in need. Besides that, on June 10-11, 2008, OIC Secretary General E.Ihsanoglu, who took part in an international forum on "Expanding the Role of Women in the Intercultural Dialogue" in Baku, presented a diploma of “Special Envoy for Humanitarian Affairs” to Mrs. Mehriban Aliyeva, First Lady of Azerbaijan, and President of the Heydar Aliyev Foundation for her activities in humanitarian sphere. It should be mentioned, that the First Lady of Azerbaijan is the first woman in the Islamic countries who received these high awards of the Organization.

Dr. A.O. Altwaijri was awarded with the "Golden Chinar" international award of the Heydar Aliyev Foundation for the fruitful activity in establishing relations in the fields of science, education and culture and establishing dialogue among nations in 2011. In order to be presented to this award, he visited Baku on May 9-11, 2011 and took part in the events dedicated to the 88th anniversary of National Leader Heydar Aliyev and the 7th anniversary of the establishment of the Heydar Aliyev Foundation.

General director of ISESCO Dr. A.O. Altwaijri paid a visit to Azerbaijan to attend the “International Conference on cooperation for the Prevention of Terrorism” held in Baku (18-19 March 2013), the “Second World Forum on intercultural dialogue (29 may-1 June 2013) organized by the initiative of the Heydar Aliyev Foundation and with the support of UNESCO and ISESCO, the “3rd Baku International Humanitarian Forum” (31 October-01 November 2013).

A Memorandum of Understanding was signed between ASAN Service and ISESCO on the application of ASAN Service model in ISESCO member states during the visit of the delegation of the State Agency for Public Services and Social Innovations under the President of the Republic of Azerbaijan to the Kingdom of Morocco on 09-10 November 2017.

Ambassador of the Republic of Azerbaijan to the Kingdom of Morocco Oktay Sudef oglu Gurbanov has been appointed Ambassador Extraordinary and Plenipotentiary to the Islamic Republic of Mauritania, Senegal, and Permanent Representative to ISESCO with the residence in Rabat on December 13, 2018.

On 18 January 2019, ISESCO issued a statement on the website of ISESCO on behalf of Secretary General of the Organization, Dr. A.O Altwaijri on the occasion of the 20th anniversary of the “20 January” tragedy and this tragedy was condemned as a crime against humanity for the first time. In the statement the international community and international human rights organizations were called for a legal assessment of the tragedy and the punishment of those who committed this crime in accordance with the international law.

At the same time, the appeal of ISESCO was addressed to the international community asking to force Armenia to withdraw immediately from the occupied Azerbaijani territories, as well as to establish peace and security in the most important region in the world.

On January 31, 2019, ISESCO issued a statement describing the attempts to create a new water channel from the Sarsang reservoir in the occupied Azerbaijani territories as a gross violation of international law.

-Historic Centre of Sheki with the Khan’s Palace